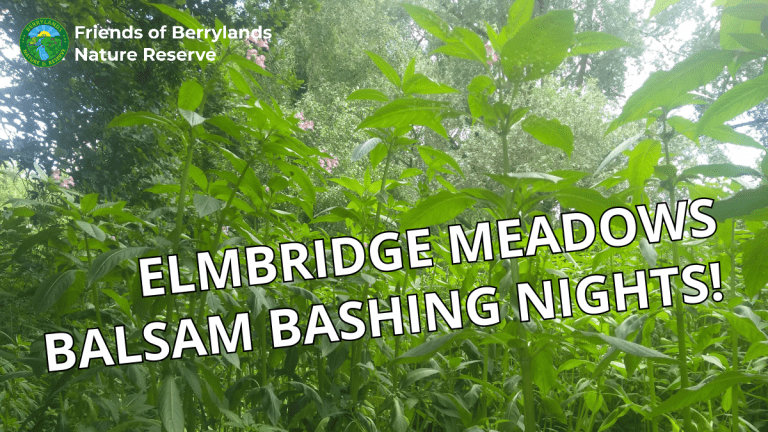 We’ve run these sessions each summer for the last few years which are great for making the most of summer evenings, and getting some fresh air and a little bit of light exercise after work/school.

For anyone who’s not done Balsam Bashing before it’s a fun and easy way of making a difference to our local spaces.

Himalayan Balsam is a highly invasive garden escape plant, which is really effective at spreading itself, out competing native plants, and causing degredation of local river banks.
Thankfully it’s easy to pull, but is quite time sensitive to get as much done as we can before it flowers and produces it’s seeds.

We’d definitely recommend trousers & long sleeves for these sessions, to avoid stings and grazes from things like nettles and brambles found nearby.

For more event info, or if you’d like to let us know you’re coming along you can register though the Eventbrite listing (below) or just send us an email to berrylandsnr@gmail.com

View the event on Eventbrite...