UPDATE: During the Covid-19 virus outbreak our volunteer events have been suspended & anyone visiting local green spaces should follow all local and national government advice.

A month of Balsam Bashing in Elmbridge Meadows

Over the course of 6 events in July & early August the Friends of Berrylands Nature Reserve took on the challenge of trying to improve the invasive Himalayan Balsam situation in nearby Elmbridge Meadows.

What a fantastic response we had from local volunteers, often with the assistance of some extra helpers from GoodGym Kingston.
Over 60 volunteers turned up to help out, giving up well over 100 hours of their spare time to help improve another of their valuable local green spaces. 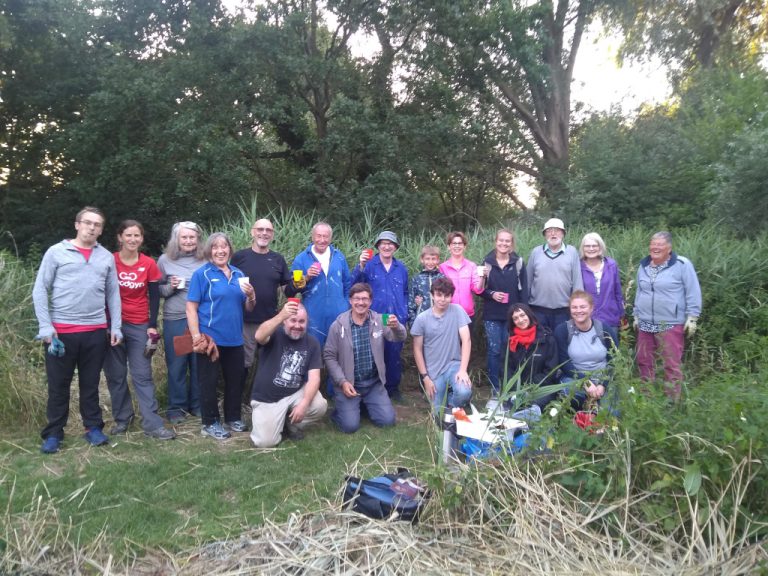 Just some of the volunteers who came along to help 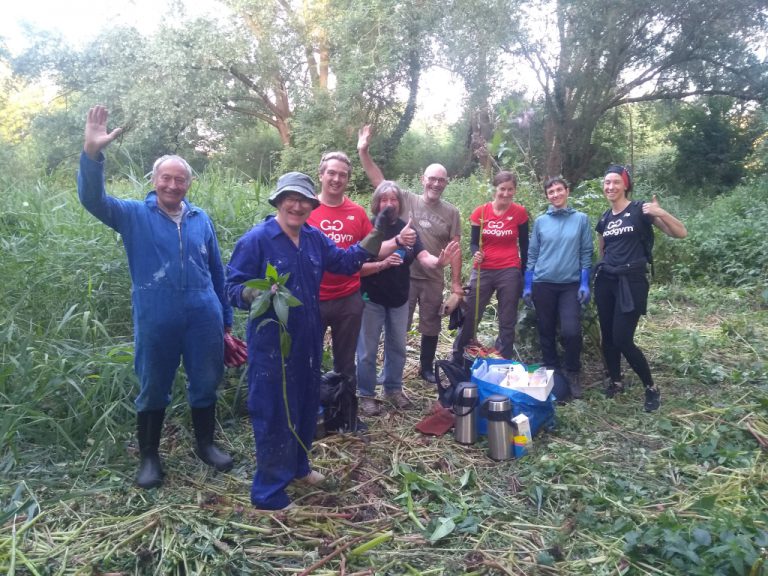 What a team effort

As part of this we ran our first ever evening volunteer sessions, making great use of the long summer evenings, and opening up new volunteering opportunities for those who had been unable to join us to help out in the past.
Evening sessions are definitely something we will be looking to extend on in the future given the great reception and turnout.

Together we cleared a massive area just inside the Elmbridge Avenue entrance, where hopefully next year there will be much less to combat. 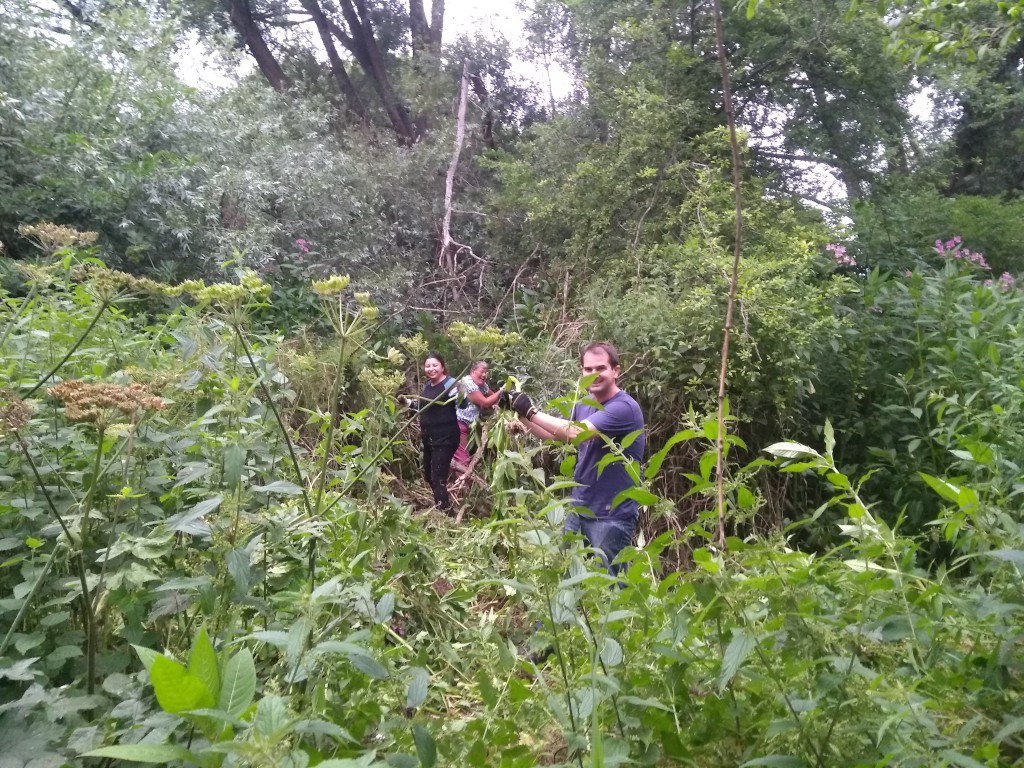 A great use of a nice evening 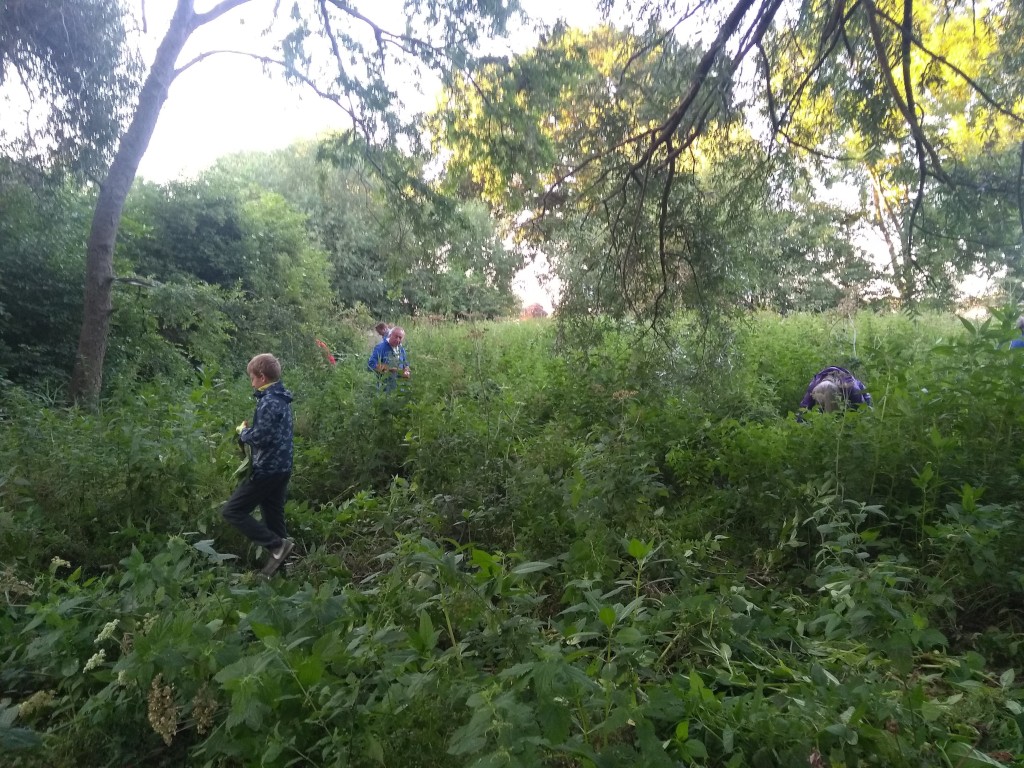 Volunteers of all ages seeking out balsam 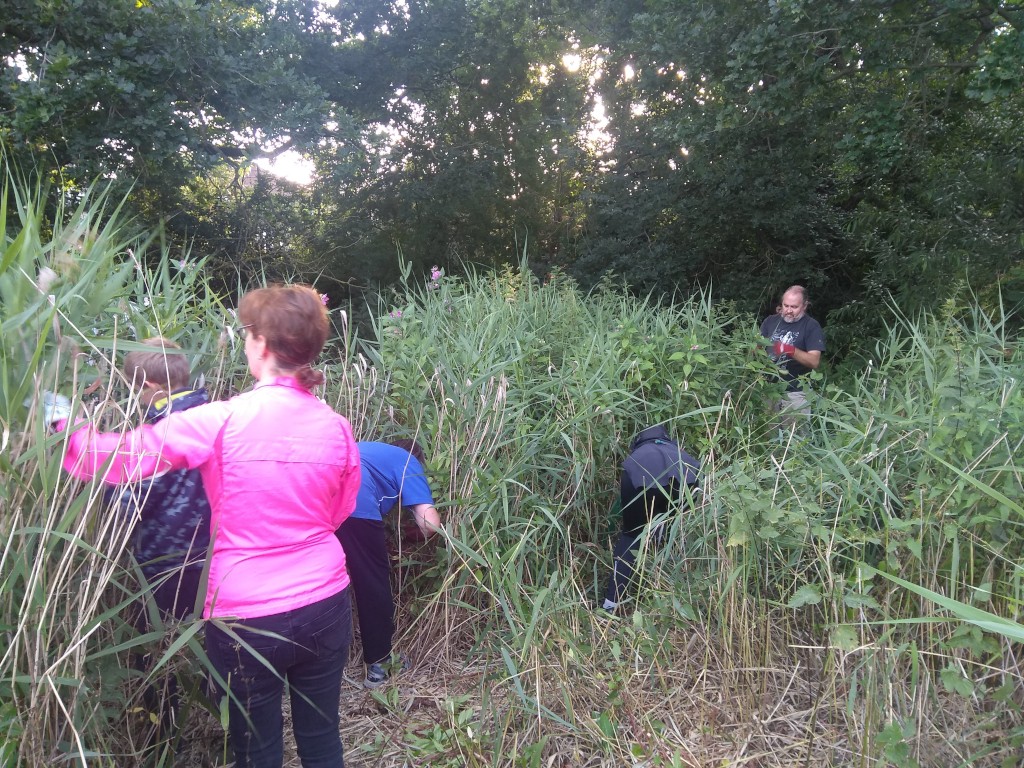 Getting in amongst the undergrowth to track it down 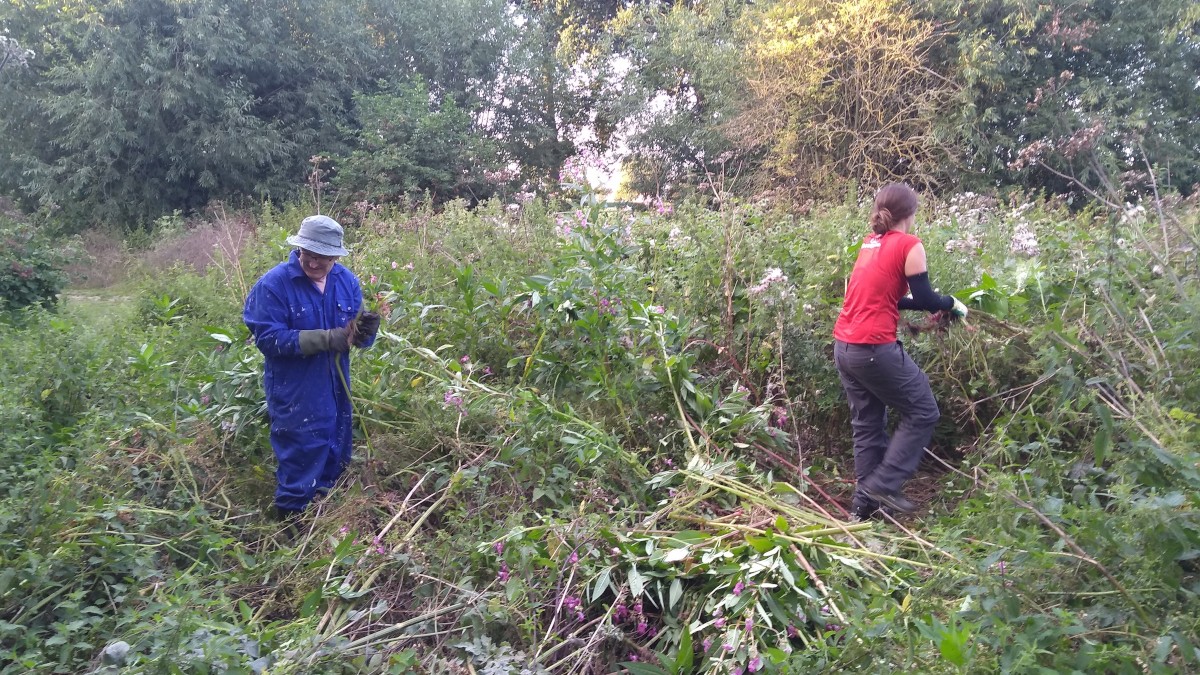 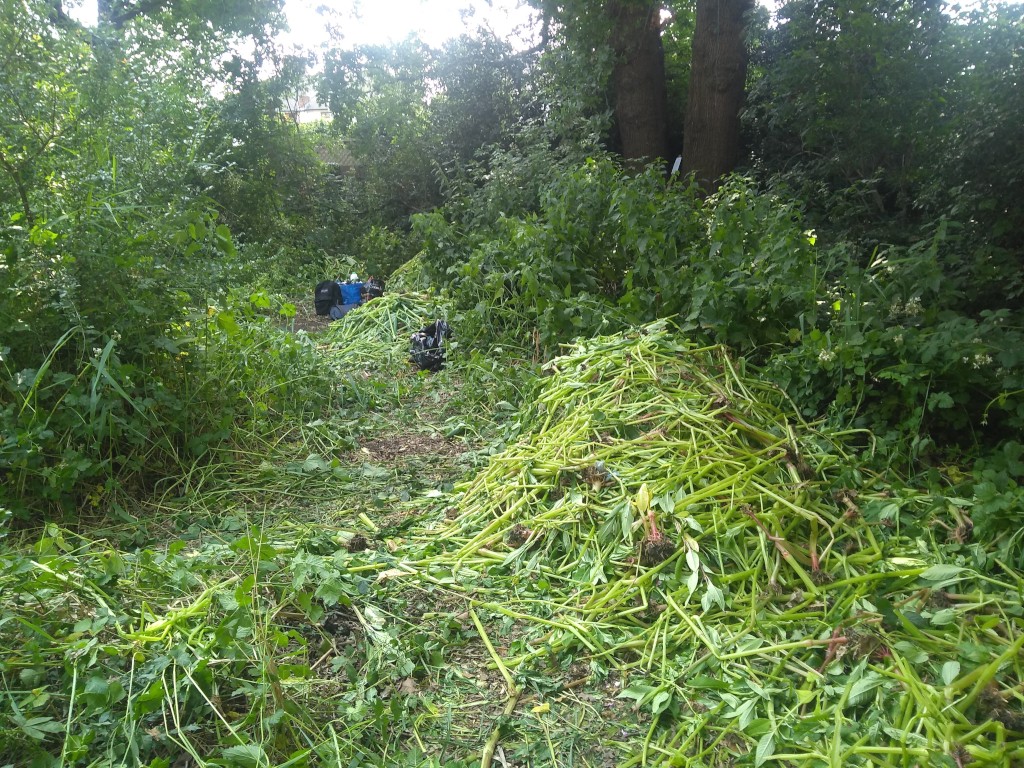 Just one of the many piles of balsam cleared

Himalayan Balsam is found in abundance all along the Hogsmill river, and until it is tackled upstream of Elmbridge Meadows the seed will continue to flow down when they are dispersed, so our current efforts are all about containment rather than eradication.

Thankfully local charity South East Rivers Trust (SERT) have recently started a project to record the presence of invasive non-native species along both the Hogsmill River and Beverly Brook (in addition to the recording already done on the River Wandle).
In future the ambition is for them to lead to a project working from source to mouth tackling a lot of these species including Himalayan Balsam.

The Friends of Berrylands Nature Reserve were really pleased to be involved with helping to support SERT’s project this summer by acting as “River Rangers”, helping with the recording for the Berrylands section of the river.
Once the practical eradication project begins the Berrylands volunteers will be out in force to help with this effort, but until then we will continue trying to prevent if from taking over the whole site. 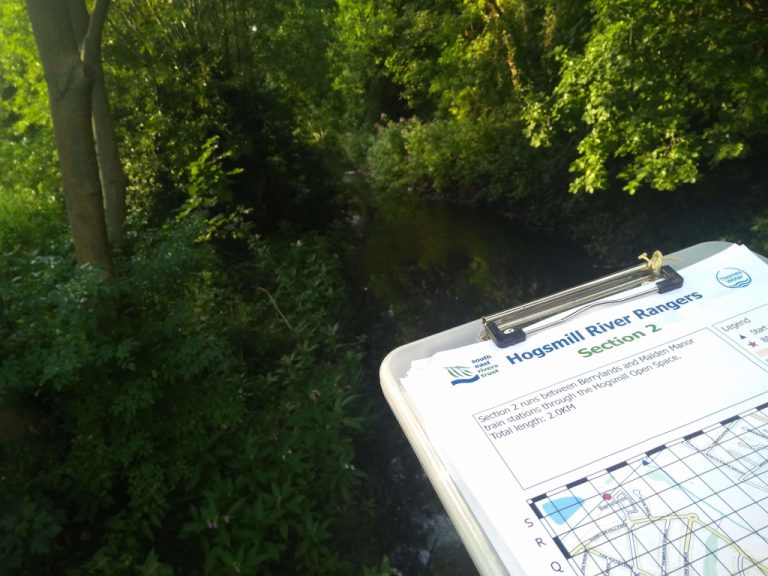 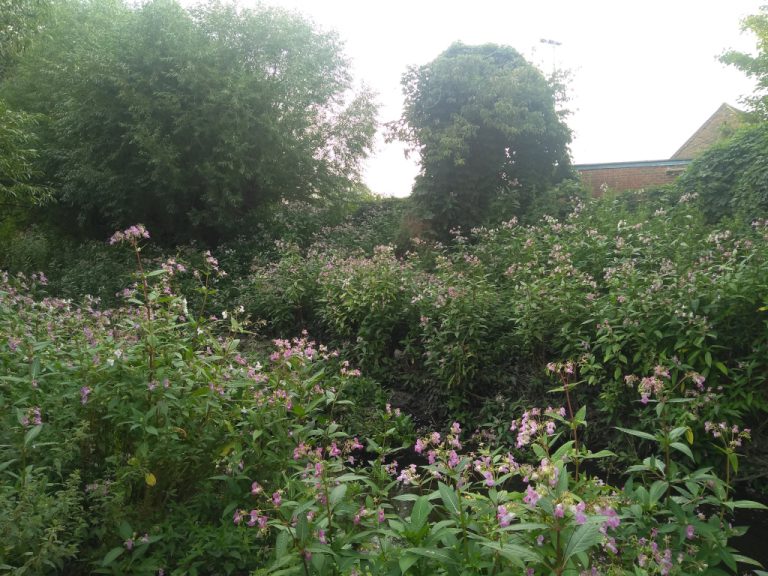 Balsam all the way along the Hogsmill

Thanks so much to all of the fantastic volunteers who turned out across the month to lend a hand!

Due to current advice reguarding the current Covid-19 virus outbreak the Friends of Berrylands Nature Reserve committee has supended all future events until further notice.
View All Events...

Can You Help Water the Trees of Berrylands?