It would be fair to say Himalayam Balsam is quite abundant in Elmbridge Meadows, despite efforts by volunteers in previous years to try to improve the situation.

Given that much of the balsam is now in flower it won’t be long until the seed pods are fully developed and ready to start dispersing their seeds, so we wanted to get in there ASAP which didn’t give our volunteers much advanced notice.

On Wednesday 4th July a brilliant team of 7 volunteers answered the call, including a couple of friendly people who had never volunteered with us before, and despite the scale of the task at hand their enthusiasm never wavered. 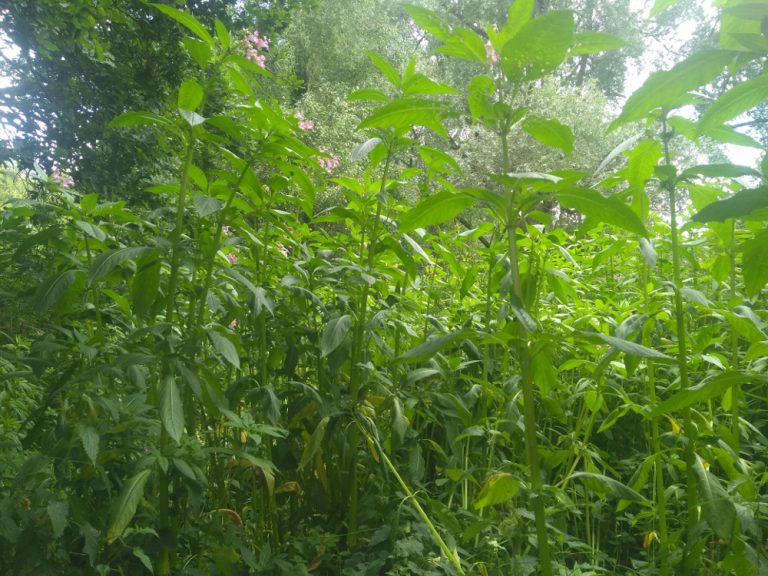 Himalayan Balsam as far as the eye can see 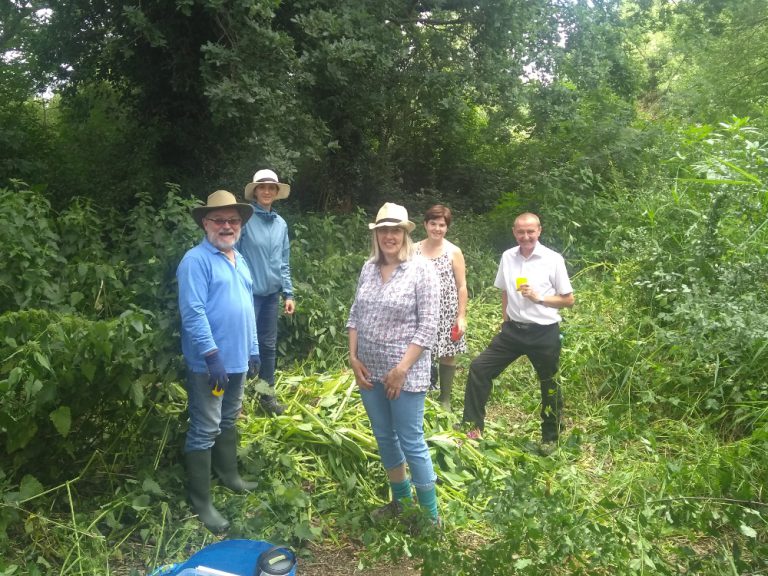 Some of the fantasic volunteer team

We picked a large patch, not very far from the entrance, and got straight down to bashing and chatting!

Lots of the balsam dwarfed the volunteer team, with much of it at least 9ft tall! 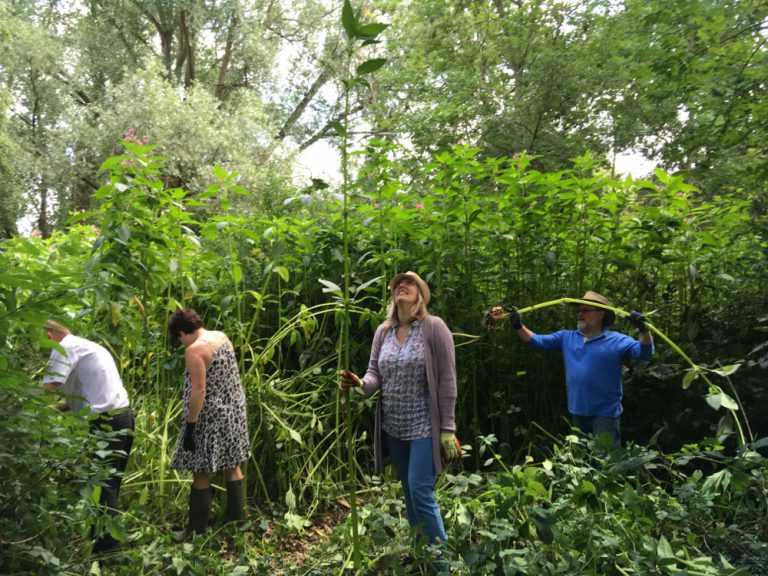 Taller than the volunteers! 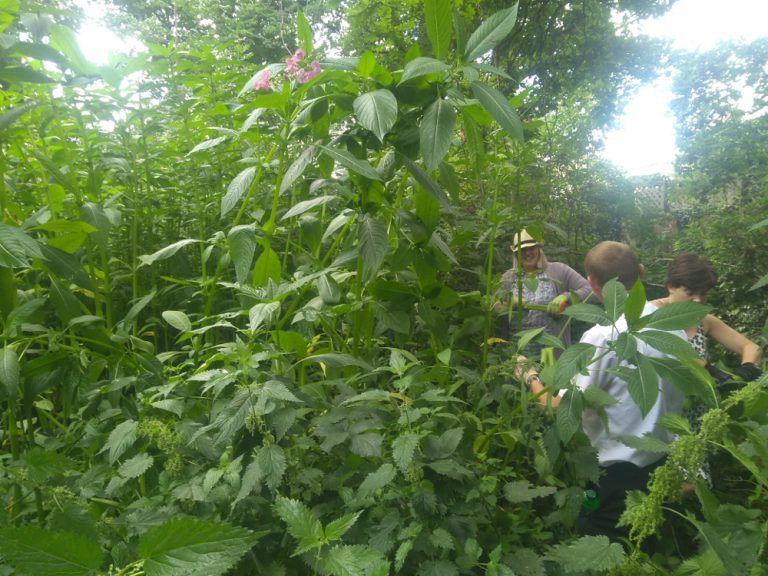 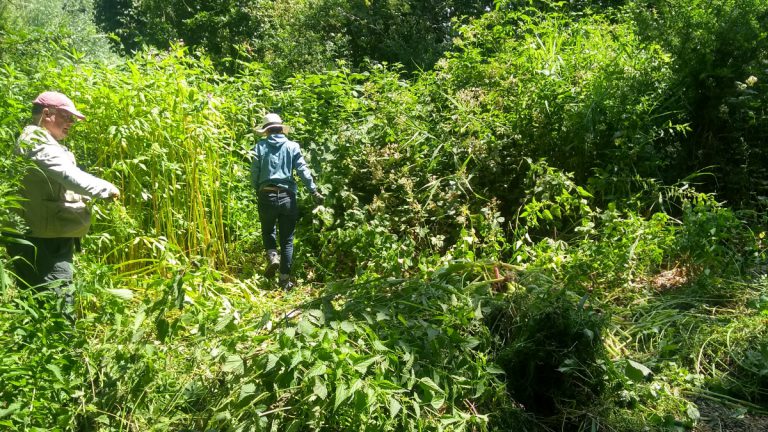 Over the course of a very pleasant (and highly satisfying!) 4 hours we pulled up masses the highly invasive nuisance (as you can see in the pictures) which rapidly takes over sites if left unmanaged. 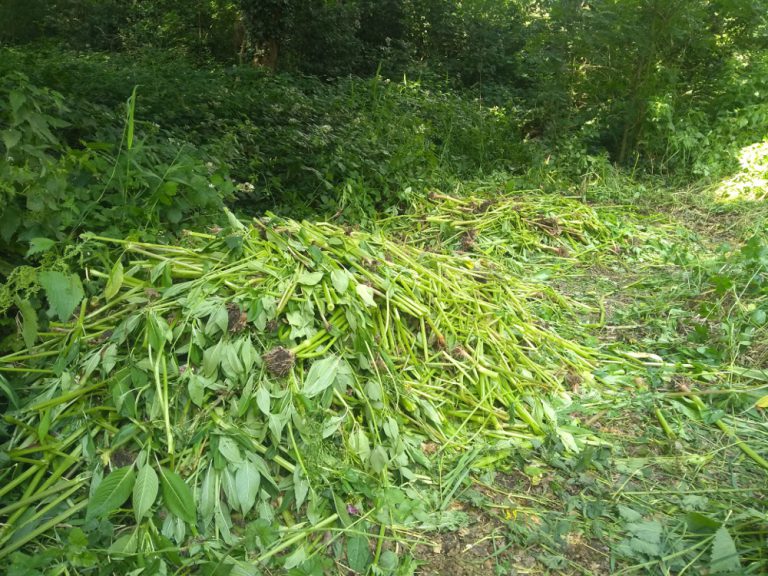 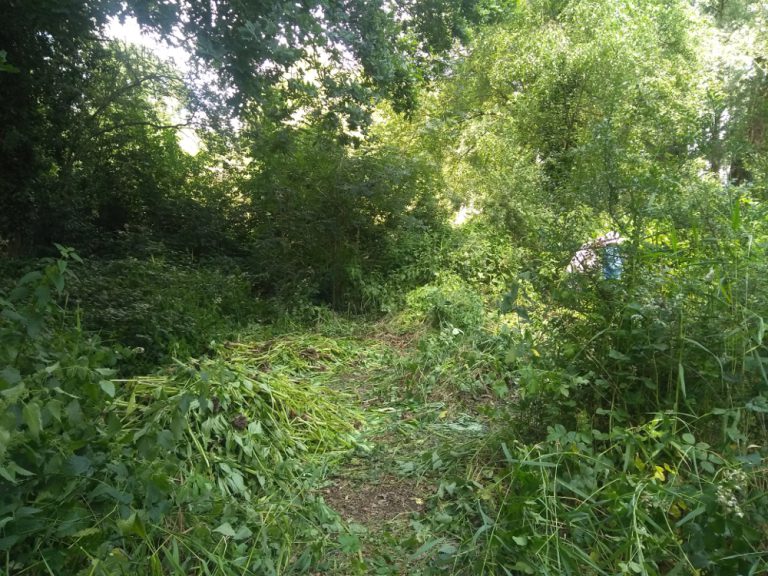 Area cleared! but more for next tim...

Here is a little video we filmed after the session showing the aftermath of a balsam bashing efforts for the day!

We are considering some options for running a few more sessions in Elmbridge Meadows tackling more balsam over the next few weeks so keep your eyes peeled on our website events page, and social media channels for extra events.