How long does it take to plant a brand new mixed fruit community orchard in Berrylands?

The answer is about an hour when you combine the local friends group, the Environment Trust and their team of Duke of Edinburgh Award students, and local ecologist Alison Fure. 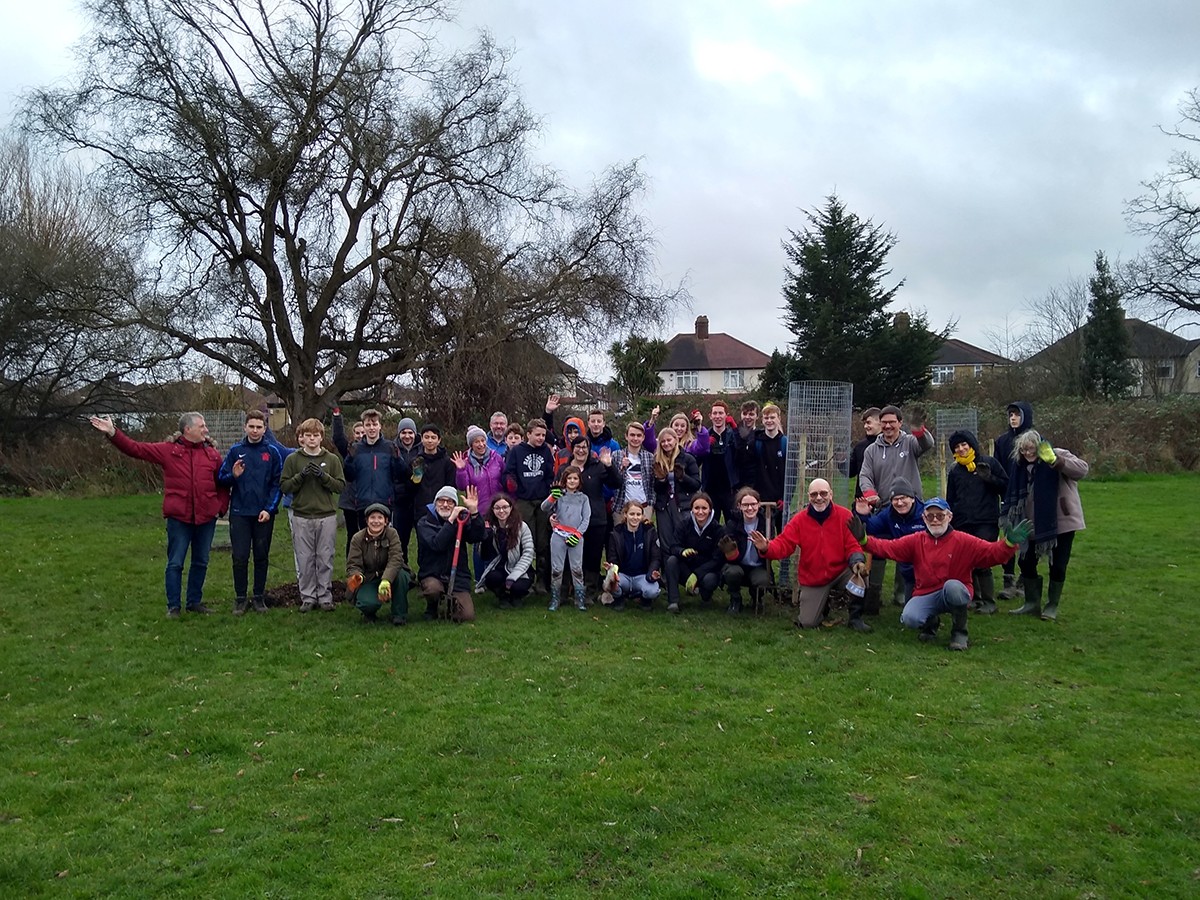 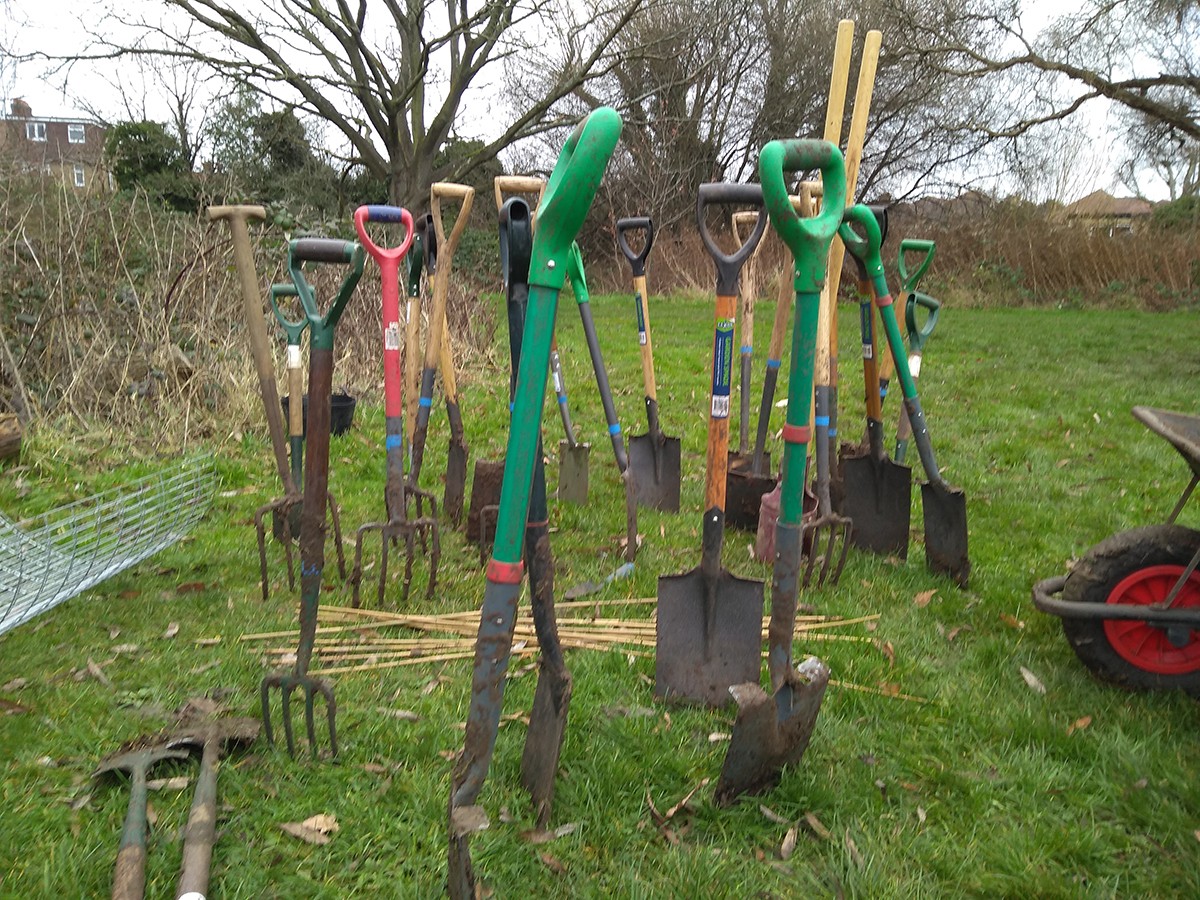 Last winter the Friends of Berrylands Nature Reserve together with Alison, and thanks to charity the Orchard Project, planted a small community orchard in Green Lane Recreation Ground, which we have been caring for together over the last 12 months.

With the suppprt of RBK and idVerde we decided that we would like to use the expertise we acquired from planting our existing orchard to plant another one! This time in Berrylands Park.

Alison recently attended a micro-funder organised by the Orchard Project on behalf of the group, and was successful in securing a small pot of additional funding and a few extra fruit trees, which the Friends group then supplemented with some funds of our own.

We were only able to confirm arrangements for this shortly before Christmas, so a few of us have spent the last couple of weeks frantically sourcing the necessary materials to be ready for planting day, but minus one Apple tree which we will be planting at a later date, once it arrives, everything came together on time.
Council tree contractor ATS really helped to save the day with a donation of tree stakes, after our previous supplier dropped out at the last minute, cueing many urgent emails and phone calls trying to source replacements.

Fran Batt the Nature Conservation Manager from local charity the Environment Trust brought along 21 enthusiastic Duke of Edinburgh Award students to suplement the great turnout of local volunteers, and together after a briefing on the planting process we all set to work. 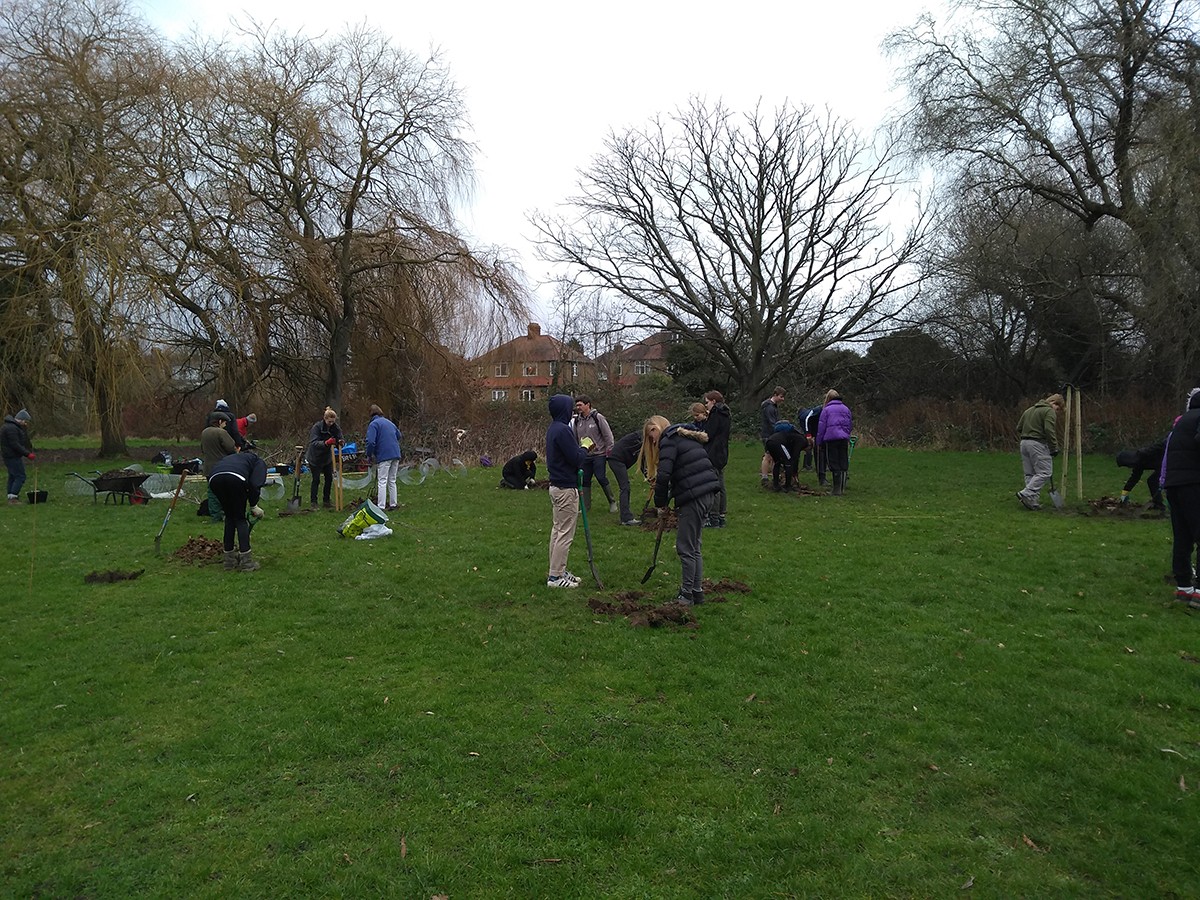 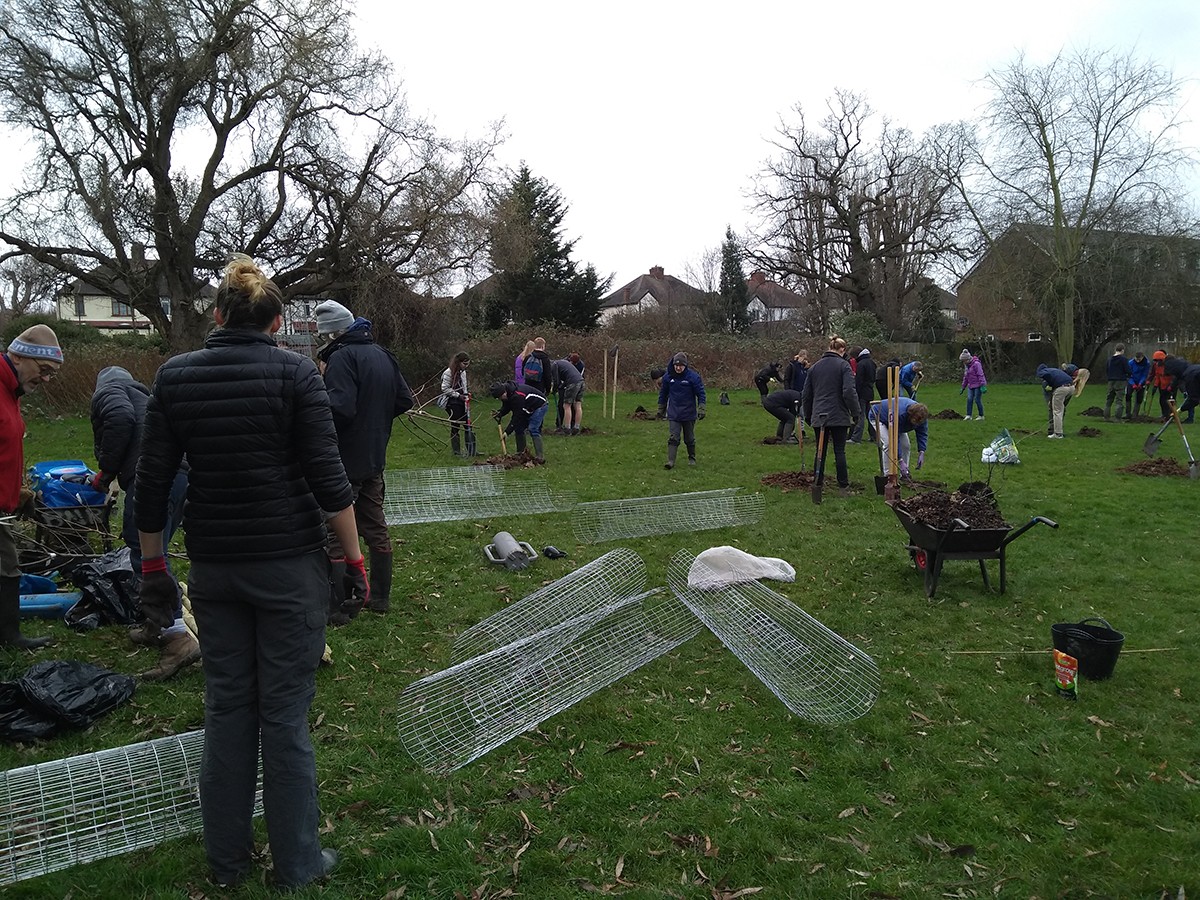 Nearly ready for the cages 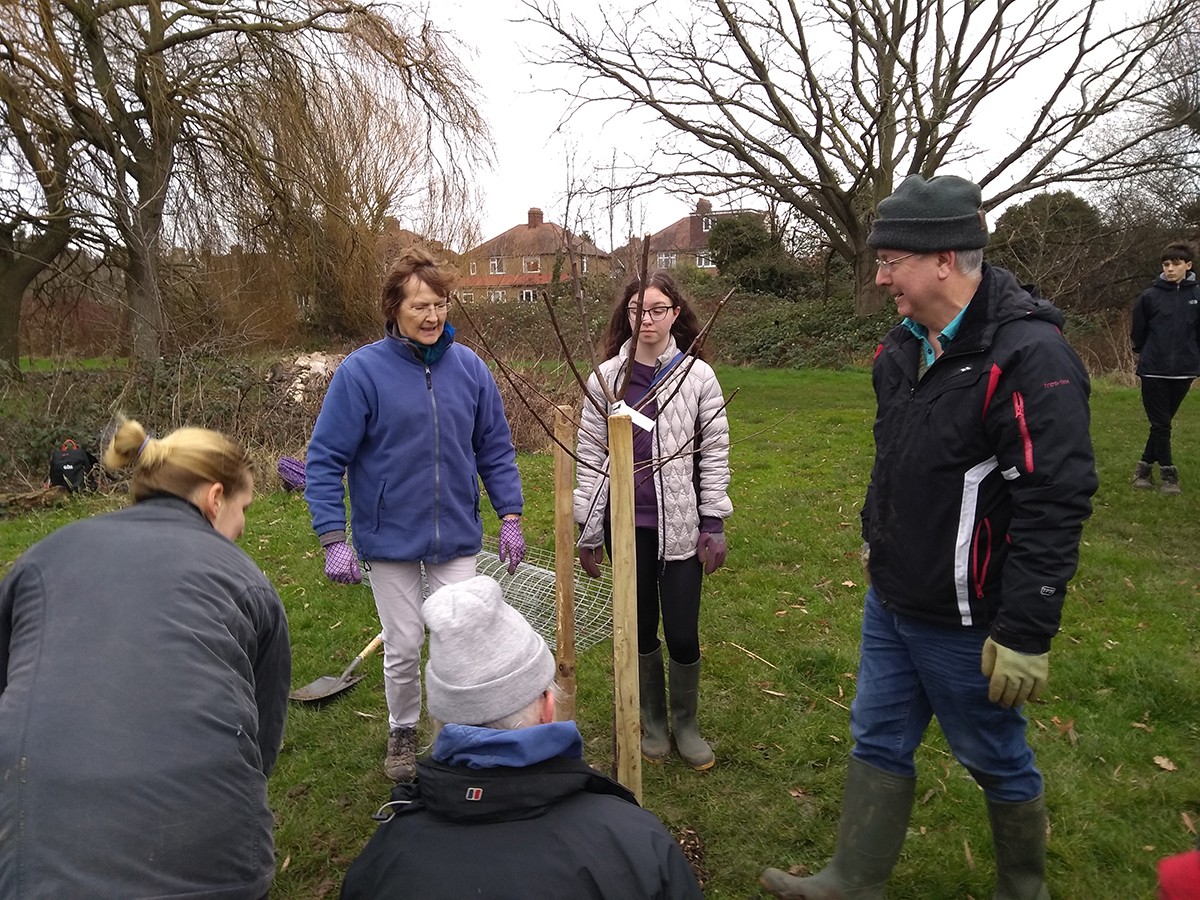 We had 11 trees to plant, a mix of apple, pear, plum, green gage & crab apple, with those obtained from the Orchard Project supplemented by some which Alison had grafted and grown herself.
In a couple of years time the fruit produced by these trees will be free for the whole local community to enjoy.

Quite a few of the volunteers had been involved in last years planting, and some of us had also been on the Orchard Project’s orchard leader training scheme, so we were able to guide and support the rest of the volunteers along the way.

Last year it tooks us about 5 hours to plant the 15 trees in Green Lane, so I don’t think any of us could quite believe it when we realised we had managed to get it all done this time in approximately an hour! 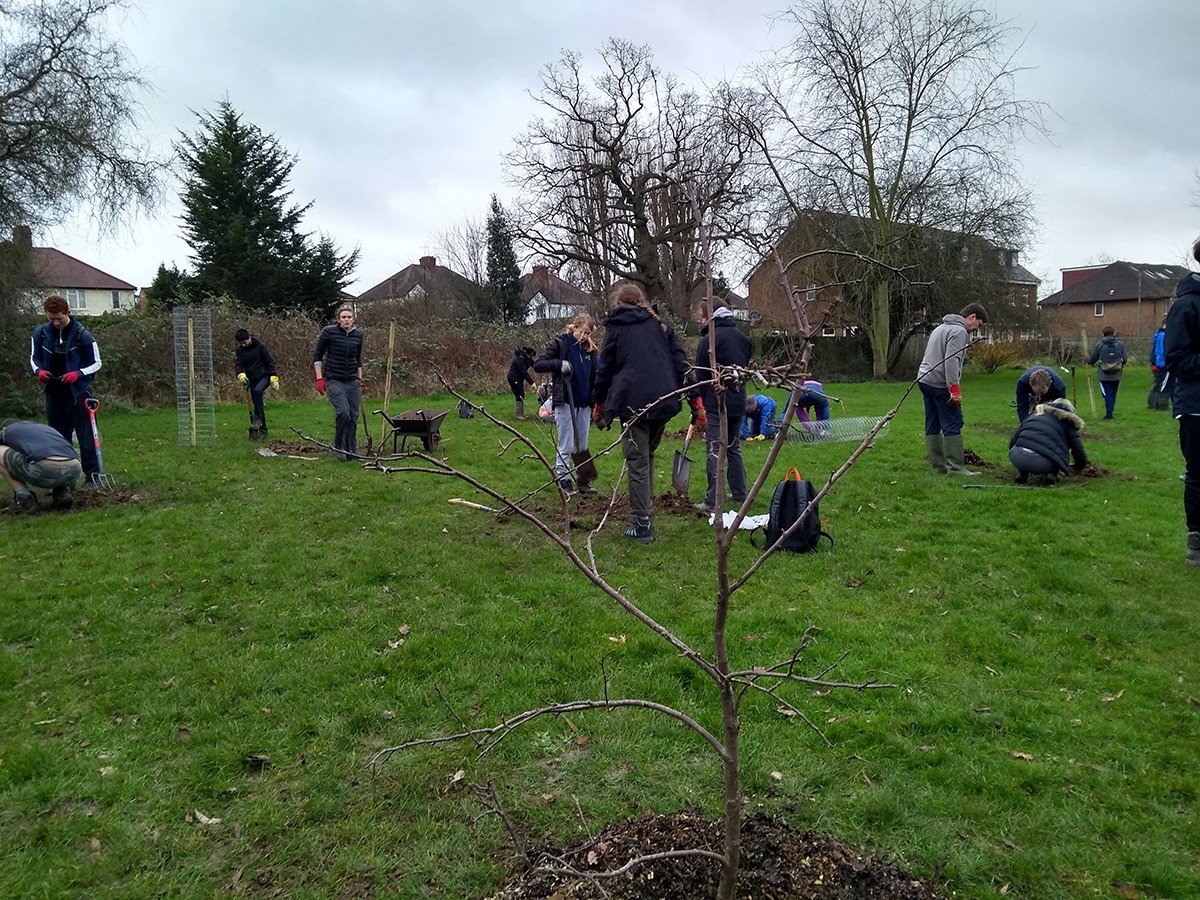 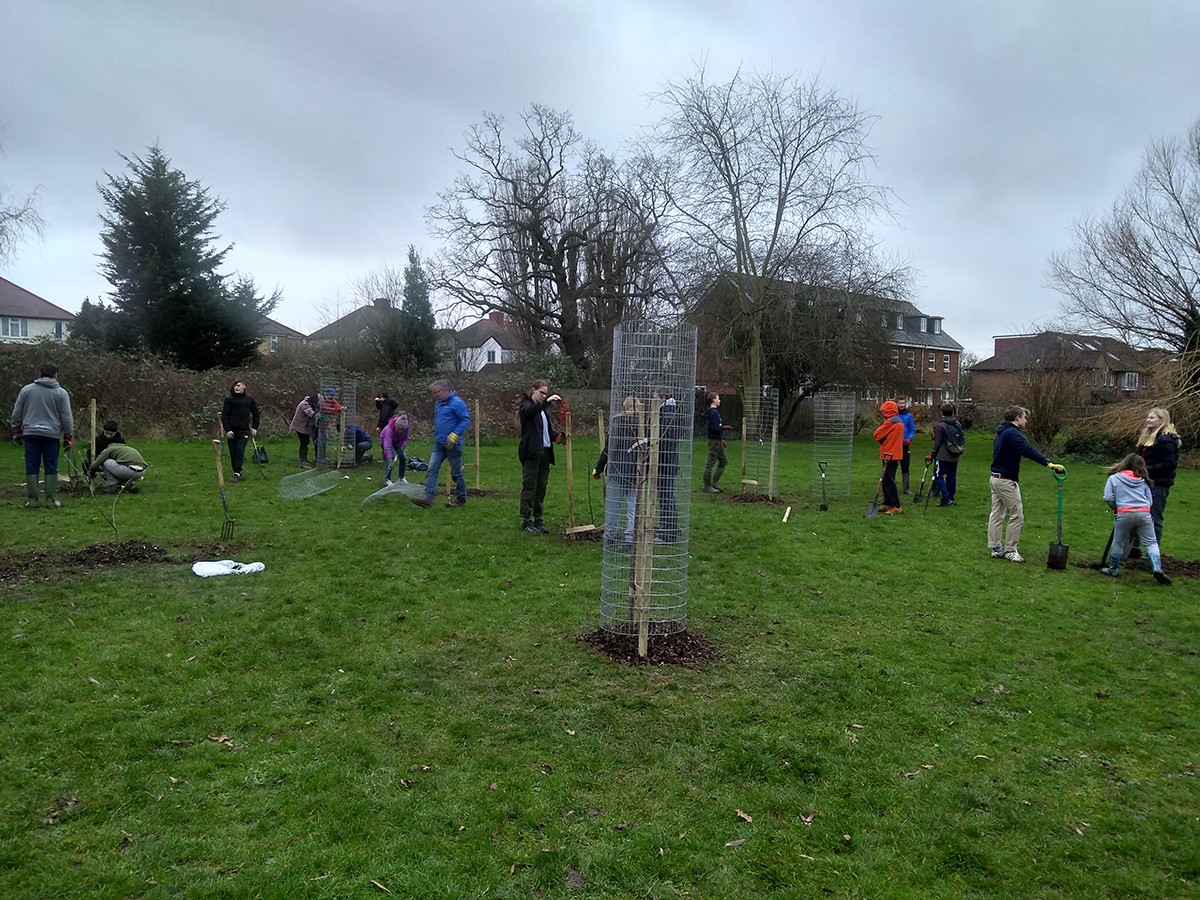 An hour ago this was a patch of grass

Luckily after a well earned break for some tea and biscuits, we had some other tasks lined up for the rest of the session.

A few volunteers set to work spreading our recently delivered heaps of woodchip over some of the muddier sections of paths throughout the reserve, while the rest of us set off for a walk through to Green Lane Recreation Ground where our next jobs awaited.

Unfortunately a couple of the orchard trees planted last year didn’t make it. One was a victim of arson shortly after being planted, while the other just simply never demonstrated any new growth at all over the summer.
Both therefore needed replacing, which is a lot harder than it sounds!
A couple of volunteers set to work carefully opening up the cages installed around the trees to offer them protection without damaging them, so that the cages could be reused once the old trees had been dug up, and the new replanted.

The rest of the group had the task of relocating a large number of saplings which had been planted by another group late last year. These trees were unfortunately planted rather too close to the orchard, and would have seen both them and the fruit trees stuggling as they had to compete for hydration, light and nutrition.

It took the team just 4 minutes to carefully dig them back up, but another hour to replant them, creating what will be a new wooded area to the west of the park, and extending the existing patch of saplings on the south side, this time a bit further away from the orchard, and retaining the scalloped edge of the scrub which provides valuable habitat for wildlife. 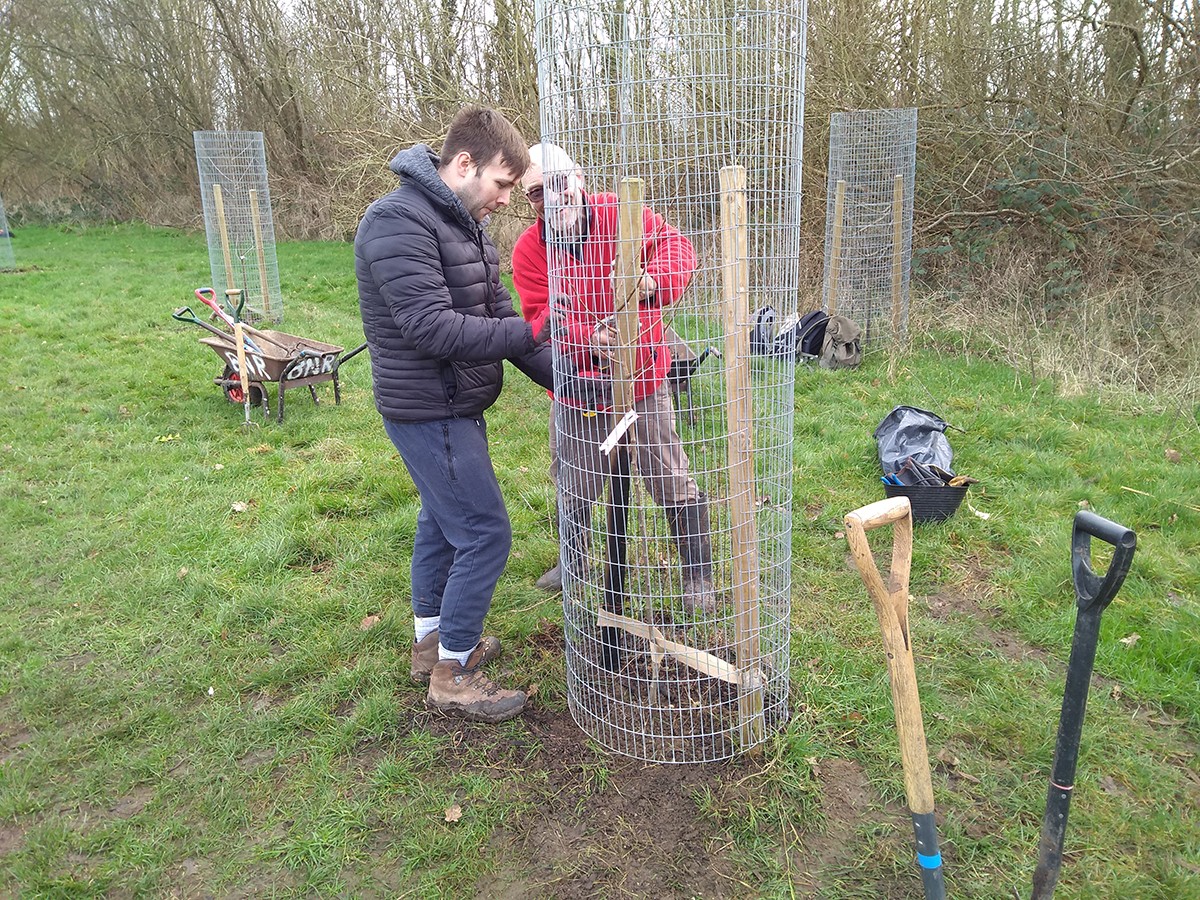 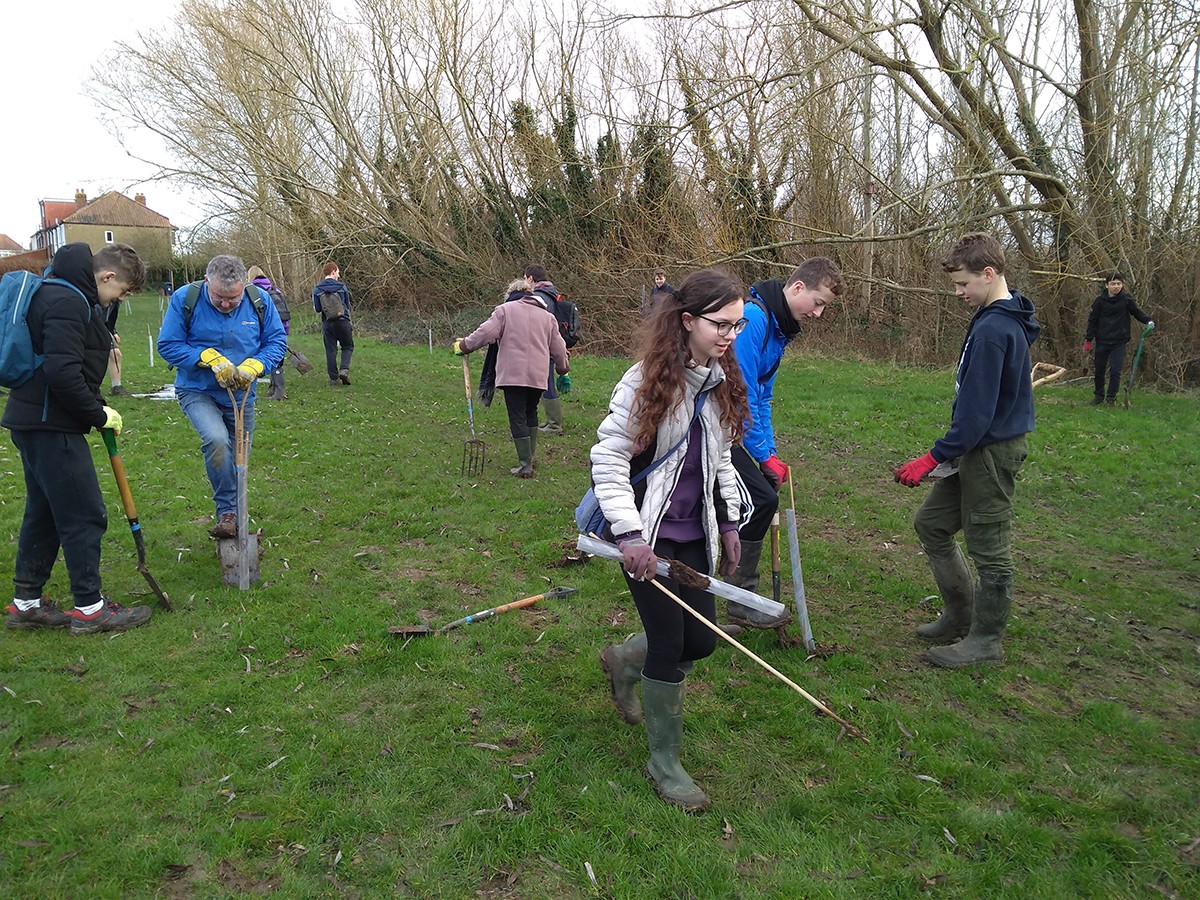 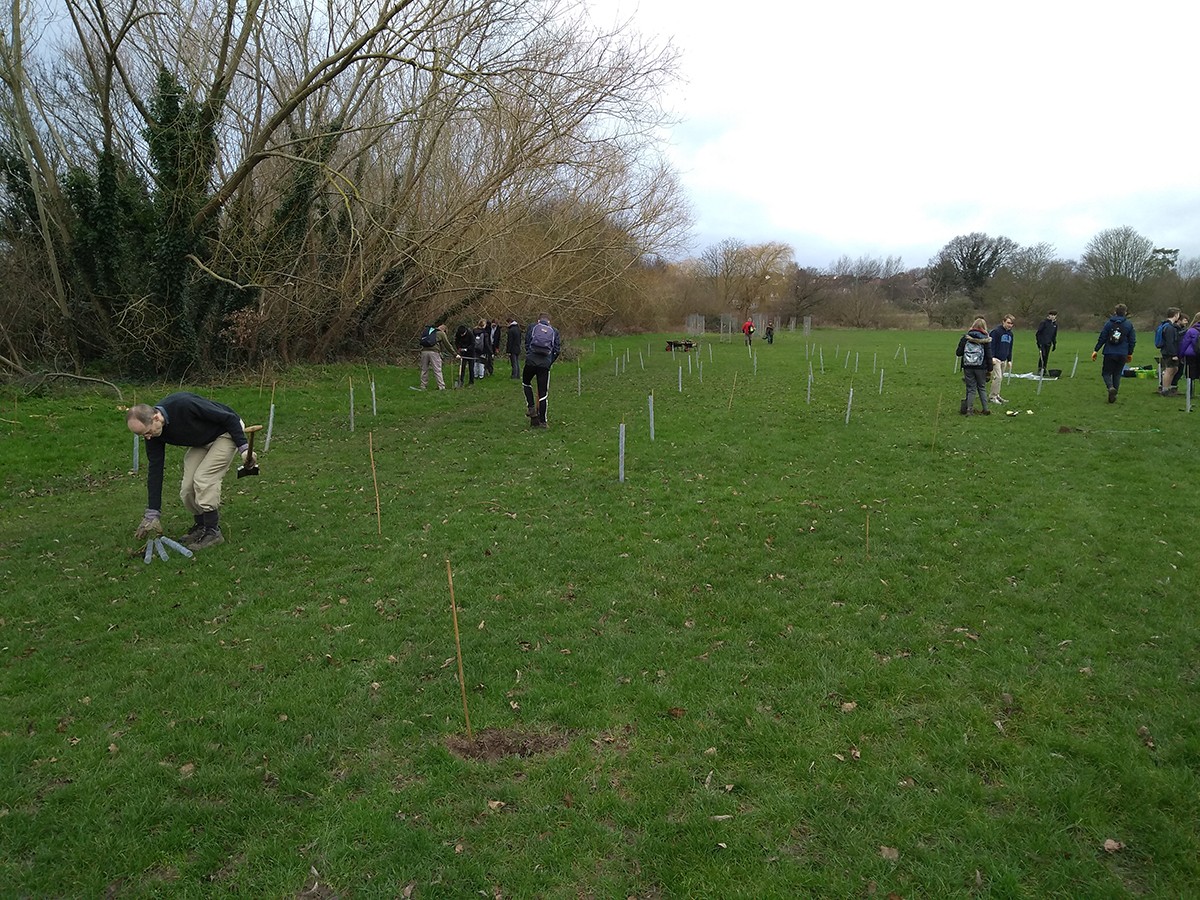 I think we were all a bit shellshocked by the end of the session by quite how much we had managed to achieve!

Thanks so much to Alison Fure for her assistance on both of our community orchards, and to Fran Batt, the Environment Trust and their Duke of Edinburgh Award students for all their amazing help.